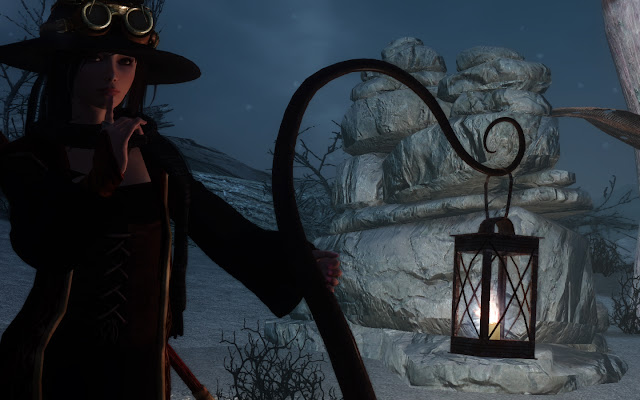 EDIT: I added a new version with walking sound from the movie. The links are at the bottom.


Izzy asked me to make a lamp follower similar to the one in the movie Spirited Away.  I thought it was a great idea. I didn't know how I would do this, but still wanted to make it. First thing I tried was to make a model for it. I wanted something that looked stranger than just a pole with a lamp attached to it so I started with a foot and build a from that.  It didn't look very good but was still good enough for a prototype and to try make an NPC with it.

My first attempt was to copy an actual NPC, but then I had a lamp that greeted me, ate bread and died in battle. I didn't want that so I looked inside Eternal Bunny Pet to see how to do the same. I was surprised to discover that it was actually quite simple and I could get a following lamp in less than an hour. The hardest part was to make it cast light. I had to play around with magic effect, lights and enchantment until I finally manage to get everything work after looking how wearable lantern worked.

Then all I needed was a better looking model. I tried making something closer to the lamp in the movie with a hand instead of a foot but it looked really dumb in game because of the way it moved around. So I went back with my first idea of using a foot but made a much better looking pole. I'm not very good with textures in general and especially not with anything metallic so I just did something very simple. I think it still looks pretty good in game though.

Since I used Eternal Bunny Pet as a guide, it function the same way. After activating the mod, you just have to teleport somewhere a first time and your lamp will arrive and follow you everywhere possible. It's compatible with every other followers and even Eternal Bunny Pet.

To install simply copy Lamp.esp, Meshes and Textures folder to you Skyrim\data\


If you want a version with the walking sound from the movie, you can download this version instead.
LampFollower_v2.7z 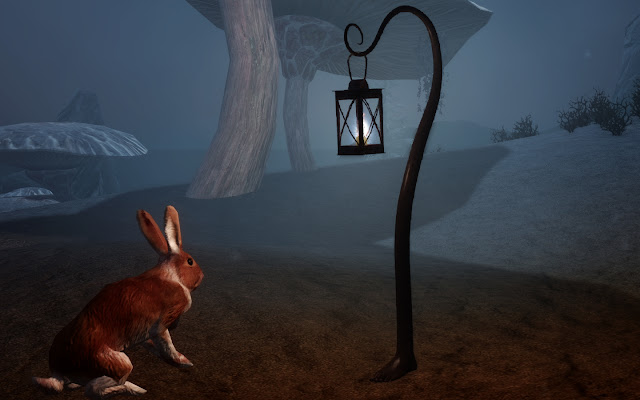